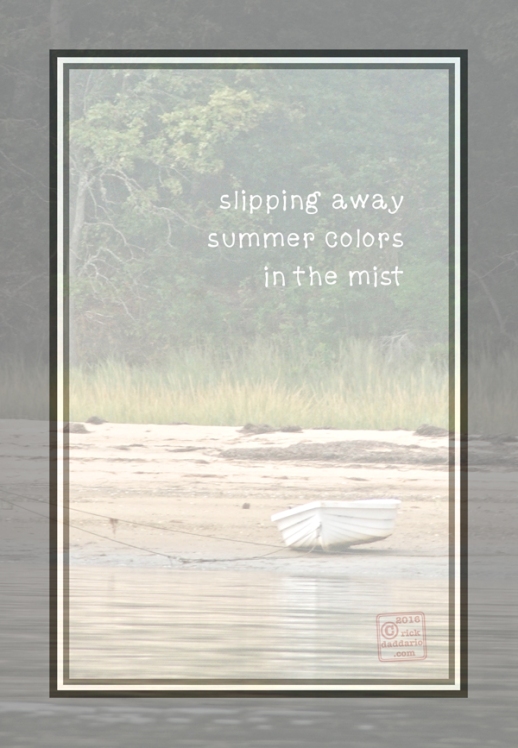 slipping away
summer colors
in the mist

As a side note: I write my haiku beneath the haiga as well only because I know on some devices the image itself may be small, making the haiku difficult to read.

You are invited to play as often as possible. The introduction and more information has been posted on the first day of September in a previous post Here.