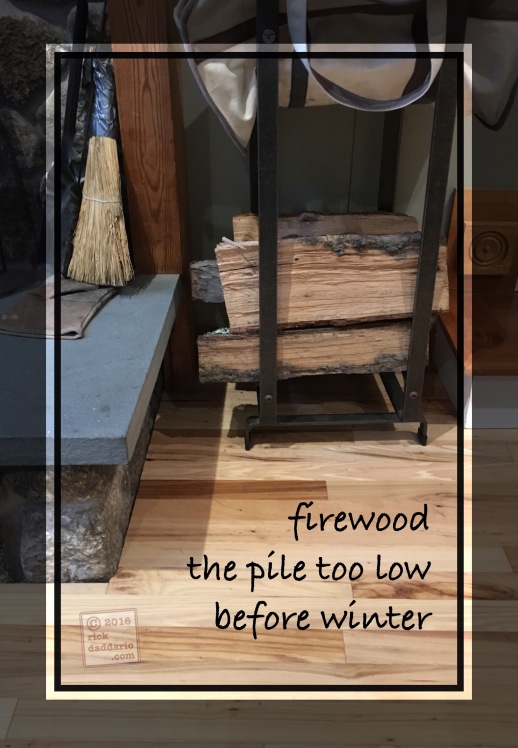 firewood
the pile too low
before winter

As a side note: I write my haiku beneath the haiga as well only because I know on some devices the image itself may be small, making the haiku difficult to read. Ideally the haiku should be easily read within the haiga itself.

You are invited to play as often as possible. The introduction and more information has been posted in previous posts on the last few days of August 2016. Click the header image at the top of this post and scroll down.