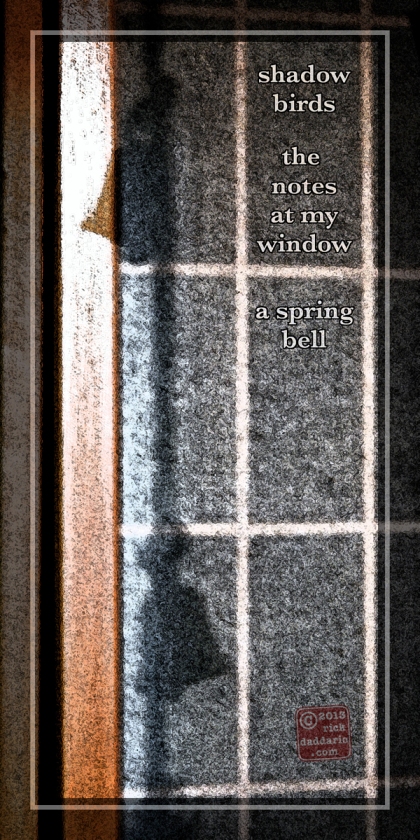 the notes at my window

As I see it, both the image and the haiku of haiga should be able to stand alone, independent of each other, each remaining a strong work. Together as haiga, along with a visual balance, they should each offer something new or different to the other—a greater understanding or an alternative perspective possibly.

In haiga the image should not simply be an illustration of the haiku and the haiku should not simply describe the visual that is apparent in the image. There should however be a connection between the two that is enhanced by their relationship together in the work. This is the ideal I attempt in my haiga. Sometimes I succeed at these things. Sometimes I do not. For me, it is way fun to try.

Please note again: A response to the Ku ON This image prompt is not necessarily intended to be the haiku of haiga.  This means the haiku response and image do not have to have the same relationship that they would have within haiga.